Please enjoy our 2022 Virtual Gathering where well-known artists, organizers, and advocates were joined by grassroots organizers commemoratively read Rev. Dr. Martin Luther King’s historic “Beyond Vietnam: Breaking the Silence” speech. It was an inspiring program with a moderated panel discussion, offering perspectives about the relevance of Dr. King’s speech to peace and justice work today.

• Dr. Stephen Ward is an historian and activist. He is a professor in the Department of Afroamerican and African Studies at the University of Michigan where he teaches social theory and practice. His work explores African American political thought and the development of Black Power, especially as it has evolved in urban centers. He chronicled the early works of James and Grace Lee Boggs in his acclaimed book, In Love and Struggle. He is president of the James and Grace Lee Boggs Center in Detroit.

• Dr. Robin D.G. Kelley is a scholar activist who has written extensively on the African American struggles for freedom. He is the Gary B. Nash Professor of American History at UCLA and author of several books and articles exploring African and American culture, history, and the struggle for justice. His writing influences our understanding of the African Diaspora, black intellectuals and the role of music and visual culture in fostering freedom dreams. He is a regular contributor to Monthly Review, Souls, Color Lines, Counterpunch and The Black Scholar.

• Andrea J. Ritchie is a writer, lawyer and activist who advocates for the lives of victims of police violence. She is the author of Invisible No More, a history of state violence against women of color. Her work has helped define the national movement for Abolition and challenges abusive and discriminatory policing against women, girls, lesbian, gay, bisexual and transgendered people of color. She is Researcher-in-Residence at the Barnard Center for Research on Women. Her work has appeared in the New York Times,Washington Post, Teen Vogue, and The Root.

• Crystal Cavalier is a proud member of the Occaneechi Band of the Saponi Nation, a water protector, and a powerful voice for the people of North Carolina. She launched the Native American Caucus of the North Carolina’s Democratic Party and helped to charter ten county-level caucuses across the state while serving as Caucus president. Crystal also founded the Missing and Murdered Indigenous Women of NC and will soon earn an EdD centered on the epidemic of violence against Indigenous women in her state. Earlier in her career, while raising three children as a military spouse, Crystal worked to improve health care access for military families and secure job stability for military spouses. Crystal Cavalier has demonstrated her ability to bring people together across differences to win organizing campaigns for basic human needs.

• Justin J. Pearson is the fourth son of five boys born to teenage parents in Memphis, Tennessee. Justin J. graduated from Mitchell High School as Valedictorian and Bowdoin College in 2017 majoring in both Government & Legal Studies and Education Studies. He currently lives in Memphis and works at the headquarters of Year Up in Boston, Massachusetts. He is focused on social, racial, and economic justice as Special Assistant to the CEO of Year Up – a national program helping 18 – 24-year-olds gain training and entry-level jobs. Justin J. is also a leader of Memphis Community Against Pollution and co-founder of Memphis Community Against the Pipeline (MCAP) which is a Black-led environmental justice organization that successfully defeated a multi-billion dollar company’s crude oil pipeline project. He is the Co-Lead and the Strategic Advisor for the Mid South Mobilization Committee of the Poor People’s Campaign: National Call for Moral Revival. Justin J. Pearson hopes his life preaches a sermon that will glorify God and honor his ancestors.

• Nse Ufot is the Chief Executive Officer of the New Georgia Project (NGP) and its affiliate New Georgia Project Action Fund). Nse leads both organizations with a data-informed approach and a commitment to developing tools that leverage technology to make it easier for every voter to engage in every election. Nse and her team are developing Georgia’s home-grown talent by training and organizing local activists across the state. She has dedicated her live to working on civil, human and workers rights to strengthen democracy. The NGP has registered nearly 600,000 Georgians to vote.

Spirit guides:
• Myrna Pagan (Taíno name: Inaru Kuni- Woman of the Sacred Waters) lives on the shores of the Caribbean Sea on the island of Vieques. This paradise served as a training ground for the US Navy and for more than six decades suffered from the devastation of the health of its residents and the environment. This assault converted Myrna and many of others of Vieques to become peace-loving warriors in opposition to the US Navy’s desecration of their island.
She is the Founder of Vidas Viequenses Valen an environmental movement working for peace and justice, and a Founding member of Radio Vieques, Educational Community Radio. She is a steering committee member of the Ceasefire Campaign and a Community representative for the Restoration Advisory Board of the US Navy and for the EPA, U. Mass project to study the effects of military toxins on Viequenses and their environment.

• Kathy ‘Wan Povi’ Sanchez is a community activist from San Ildefonso Pueblo, New Mexico. Kathy has worked women’s issues related to culture, the environment, and social change for most of her life. She was among the co-founding mothers of Tewa Women United, a group that raises awareness about issues relating to colonization. She works toward creating a culture of peace

• Rev James Lawson is a leading theorist and activist for non violent change. Sine his early days as a conscientious objector to the Korean war, Reverend Lawson has been a tireless activist for nonviolence.
He teaches the uses of nonviolence in the 20th and 21st centuries, Nonviolent Struggles, Civil Rights and Social Change in workshops and classes throughout the United States. Rev. Lawson is the co-author of Nonviolence and Social Movements: The Teachings of Rev. James M. Lawson Jr, edited with Ken Wong and Ana Luz Gonzalez. It includes case studies that explore how individual acts of conscience can lead to collective action and how the practice of nonviolence can build a powerful movement for social change. 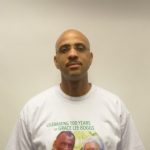 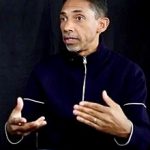 Gary B. Nash Professor of American History at UCLA and author of several books and articles exploring African and American culture, history, and the struggle for justice. 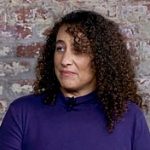 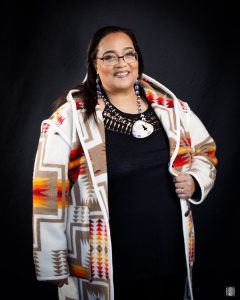 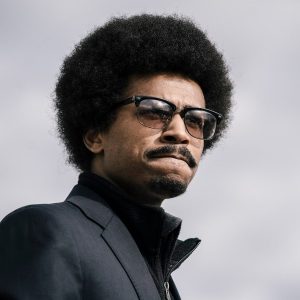 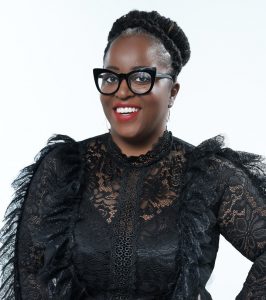 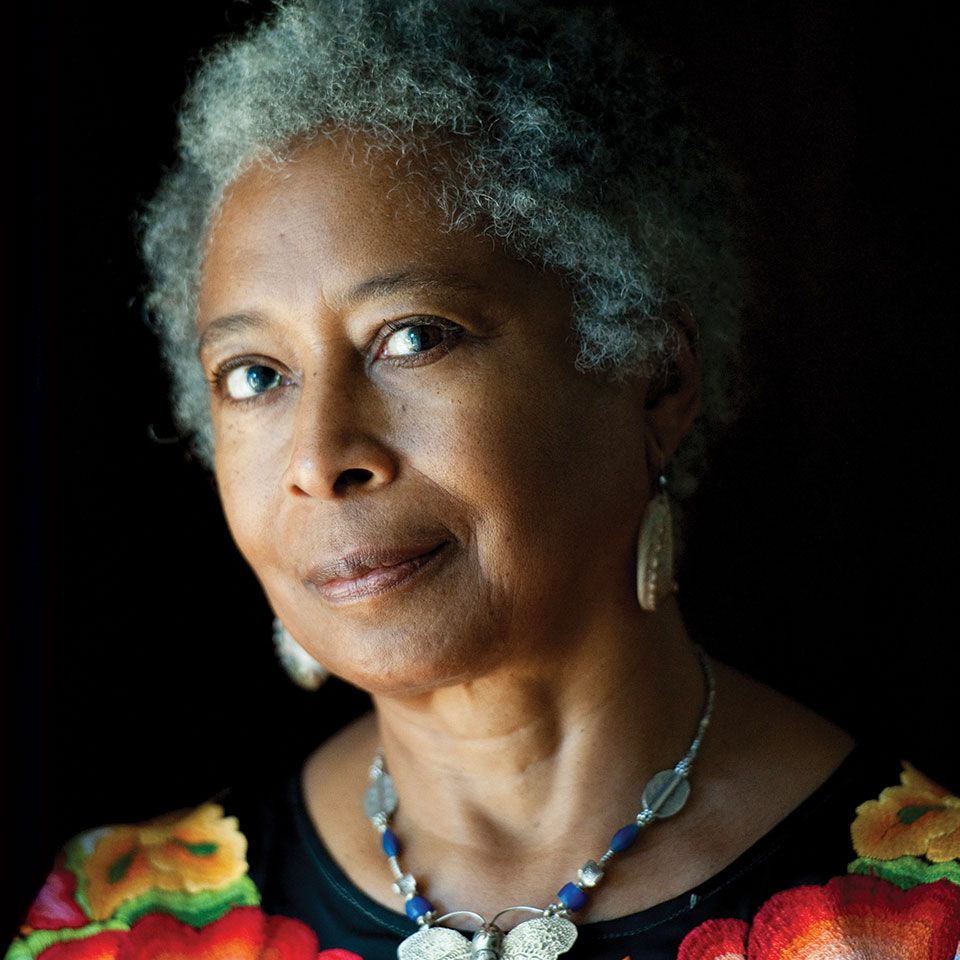 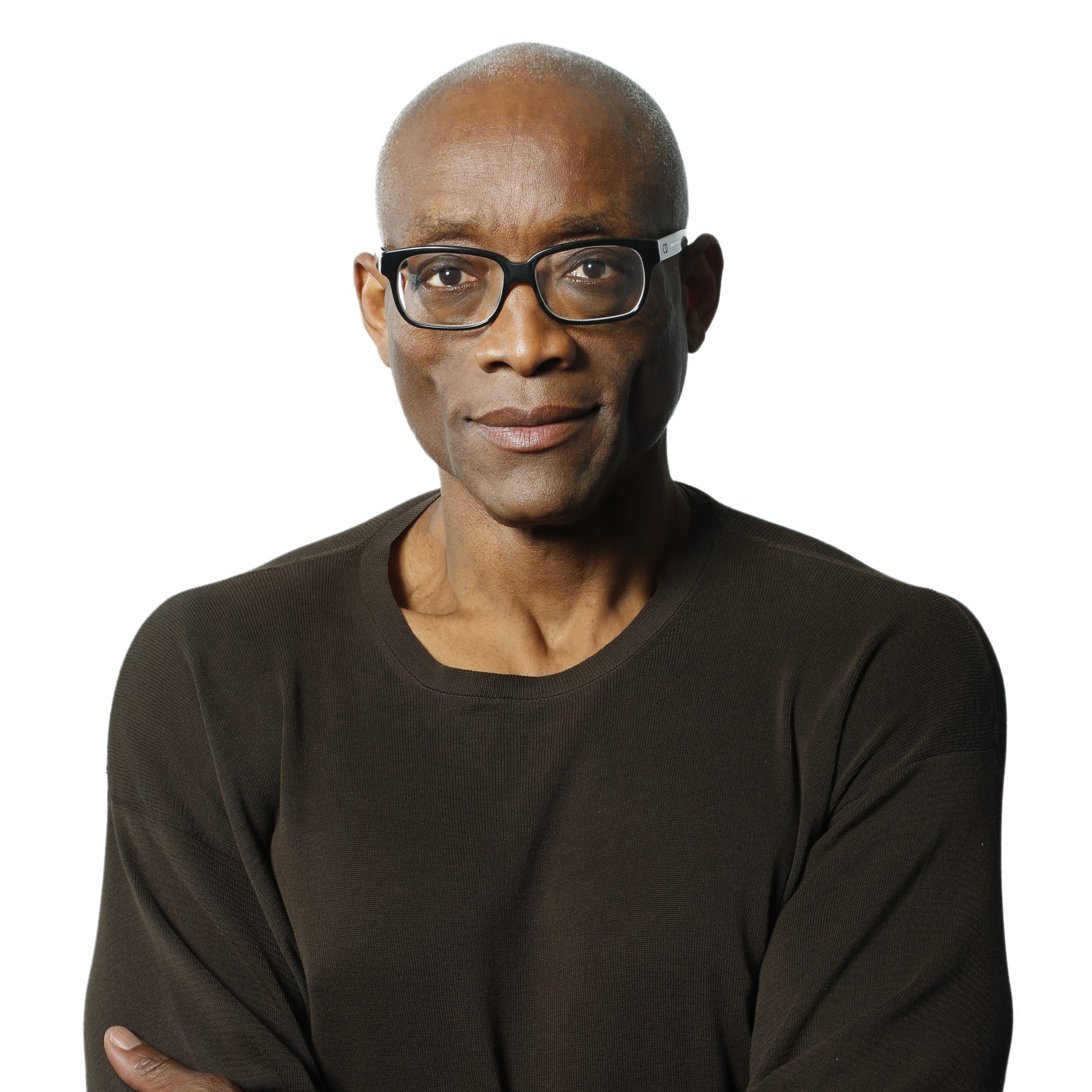 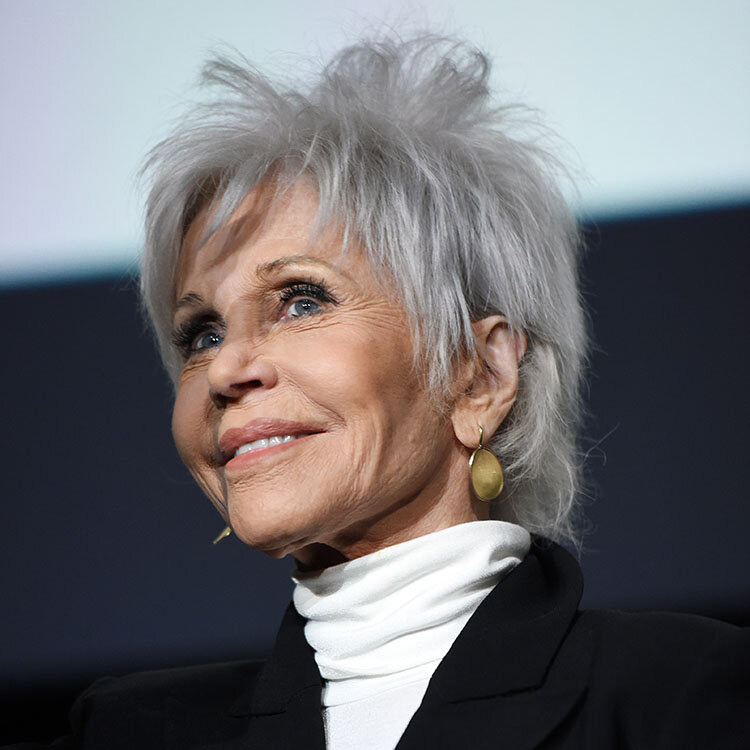 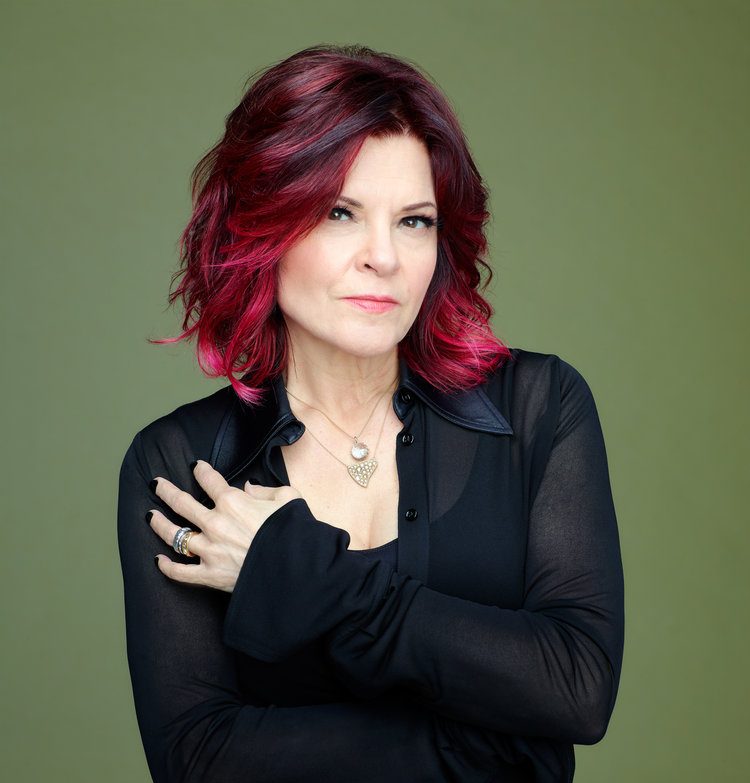 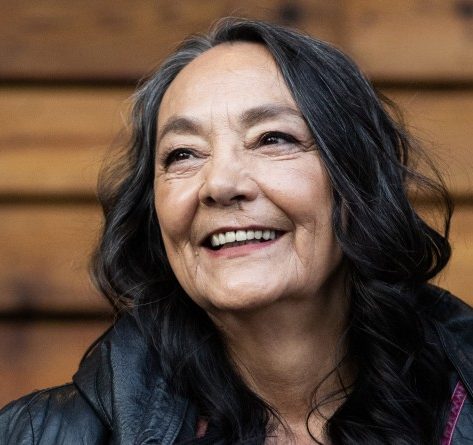 Actress (Dances with Wolves, Legends of the Fall, Where the Rivers Flow North) 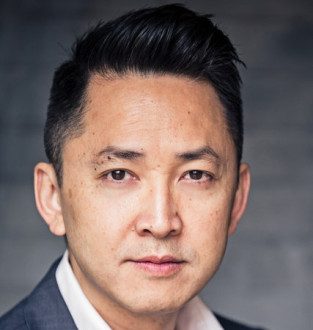 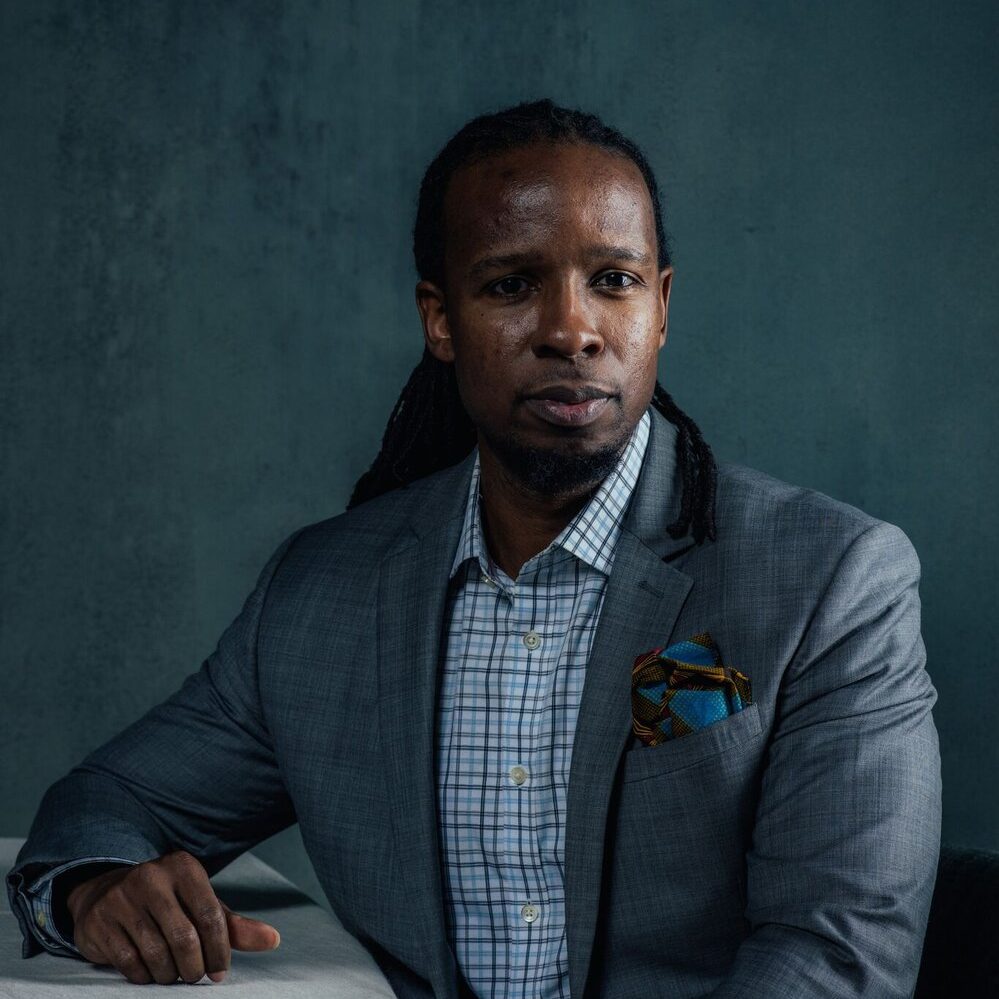 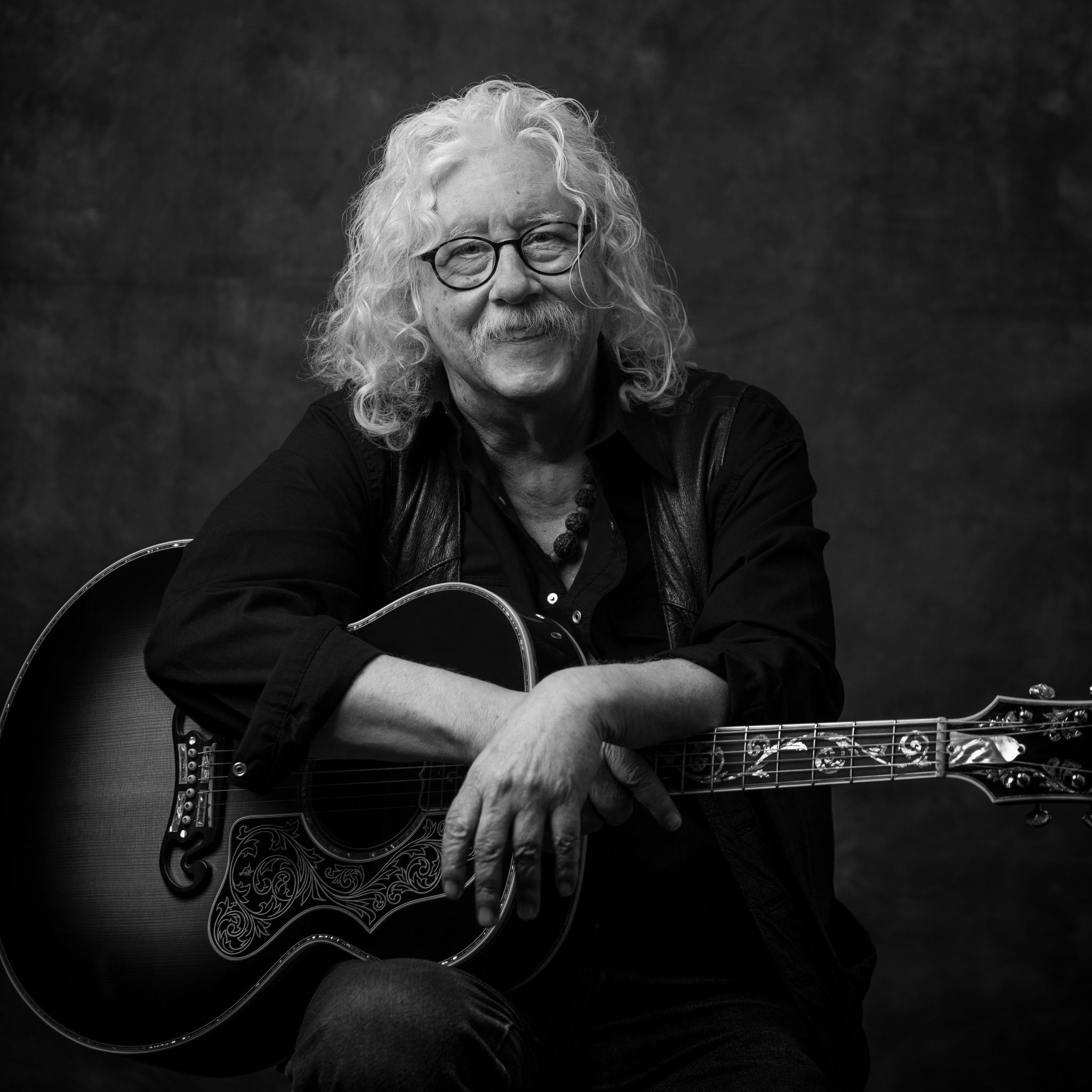 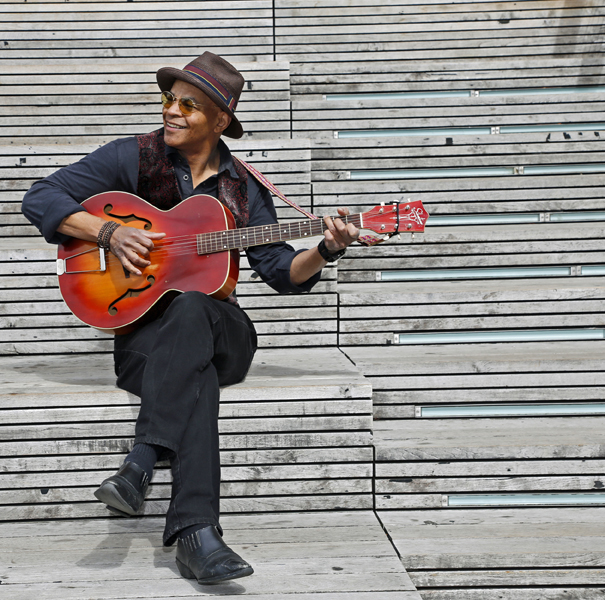 Grammy-nominated blues singer and carrying on the legacy of his parents Ruby Dee and Ossie Davis. 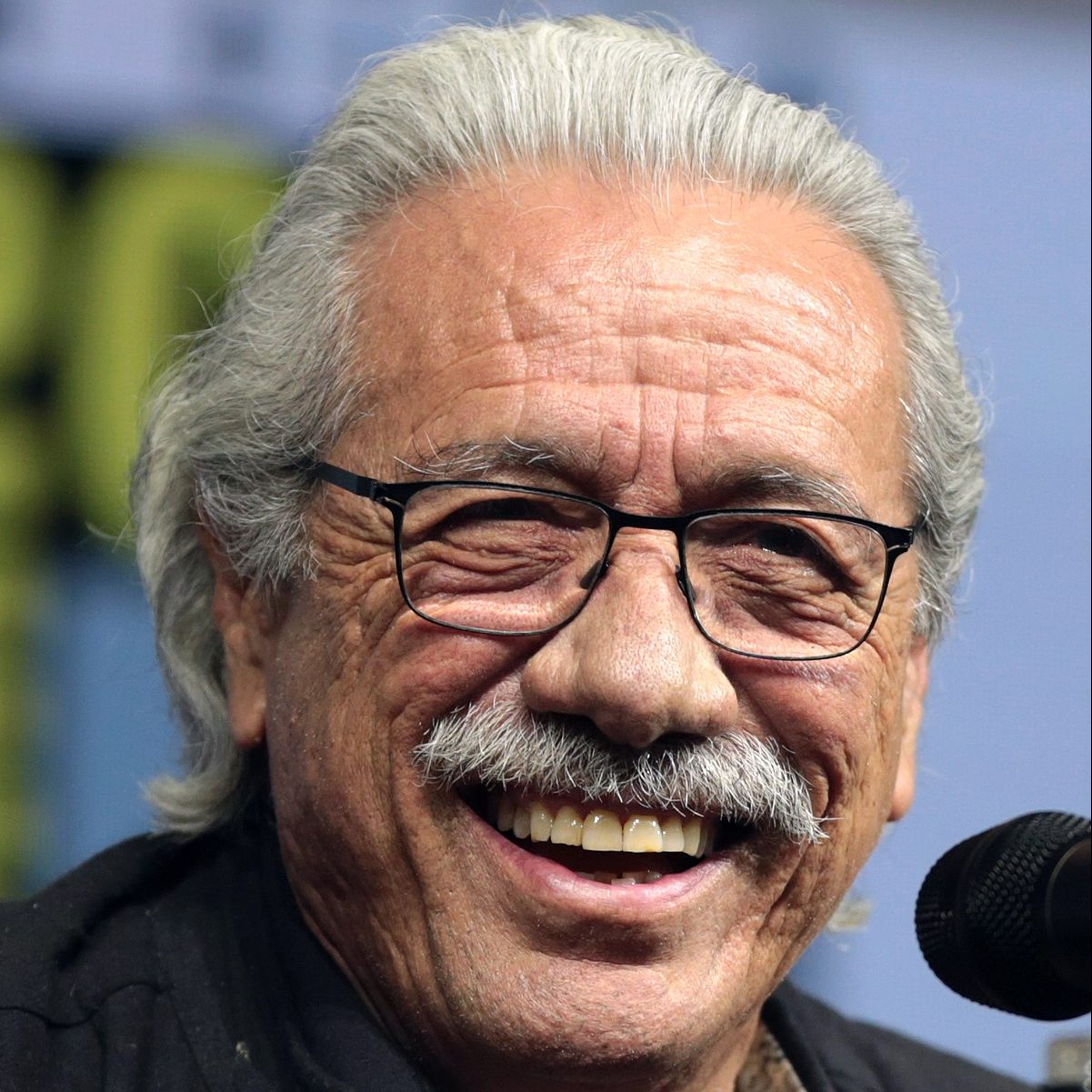 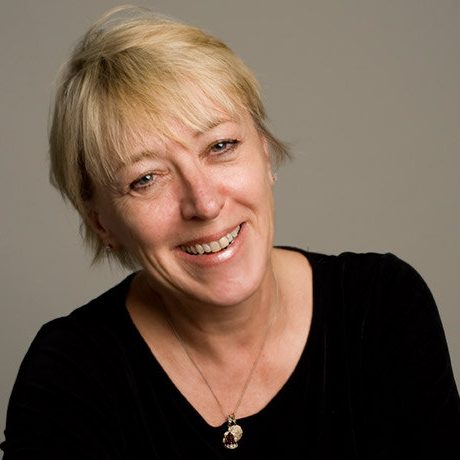 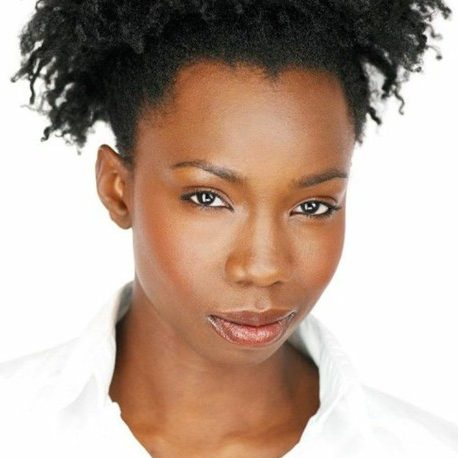 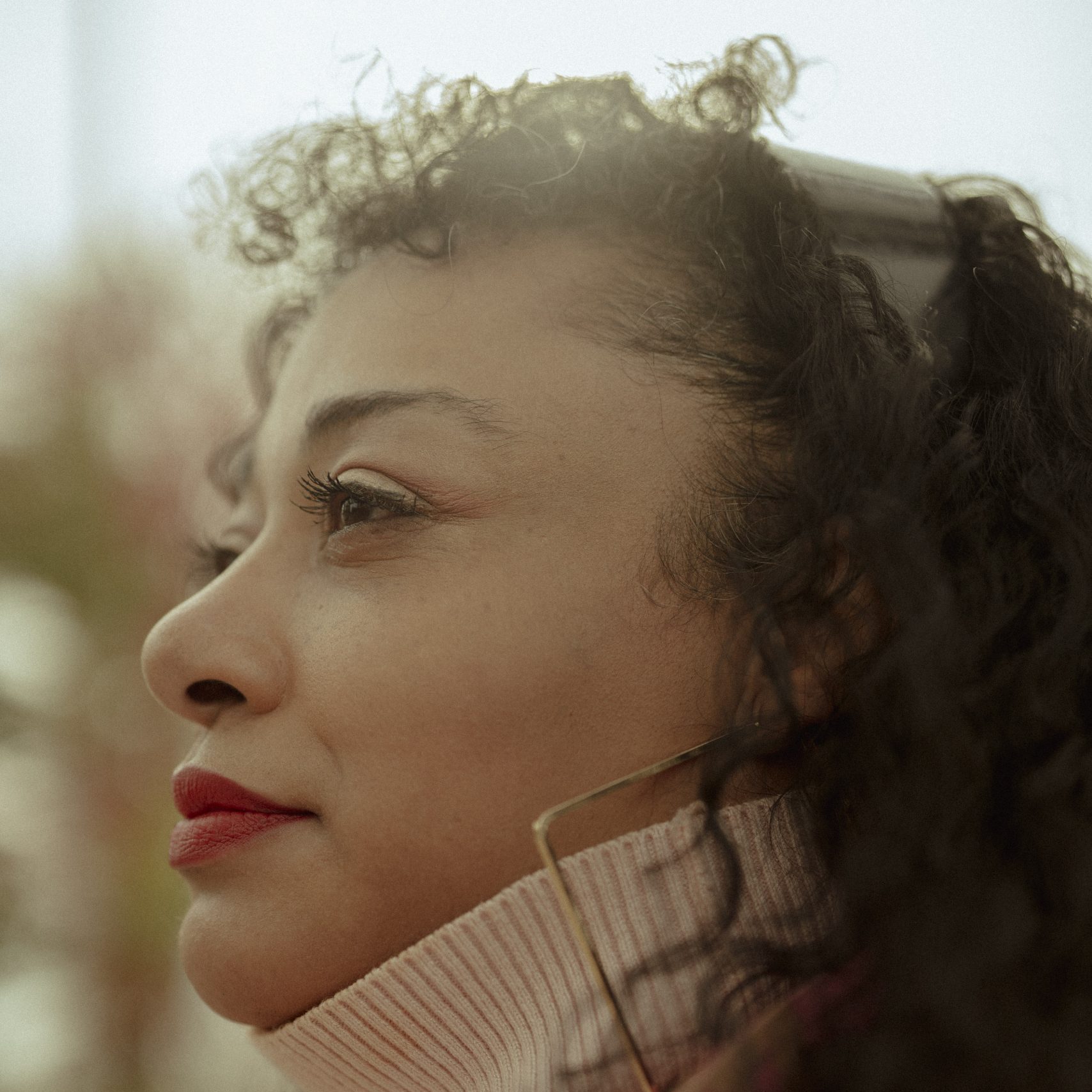 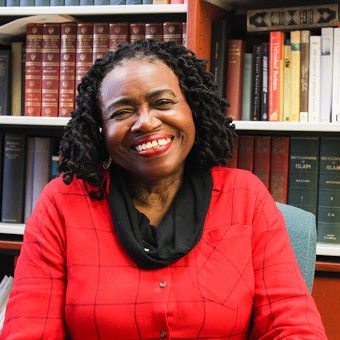 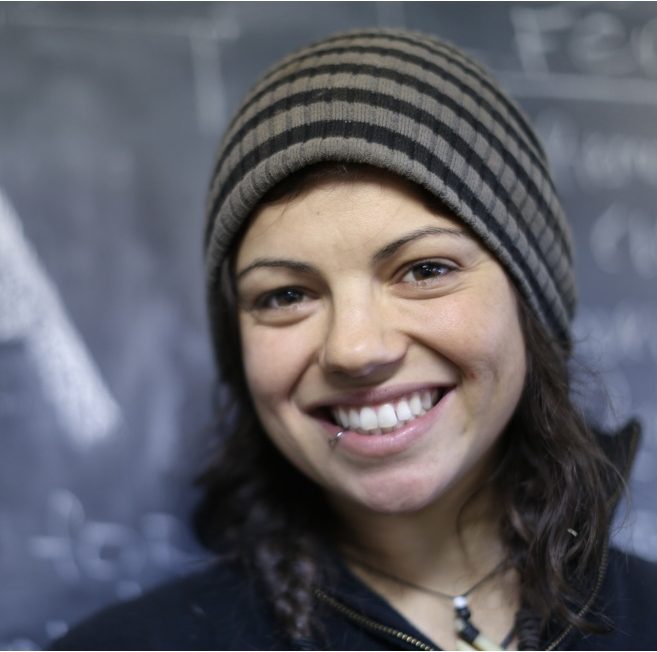 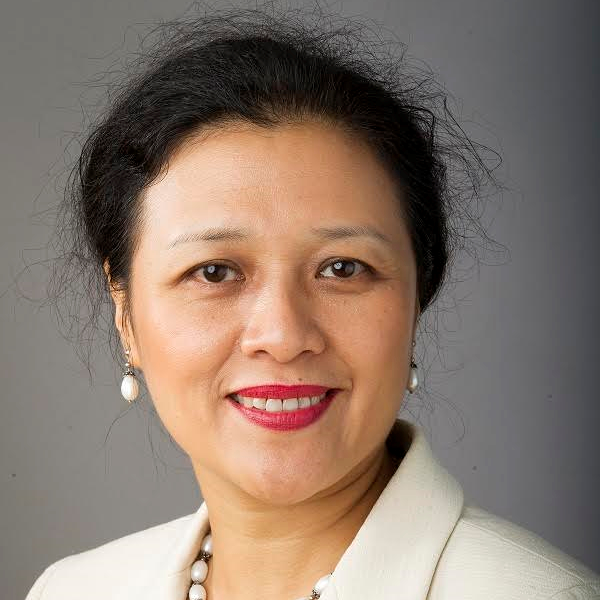 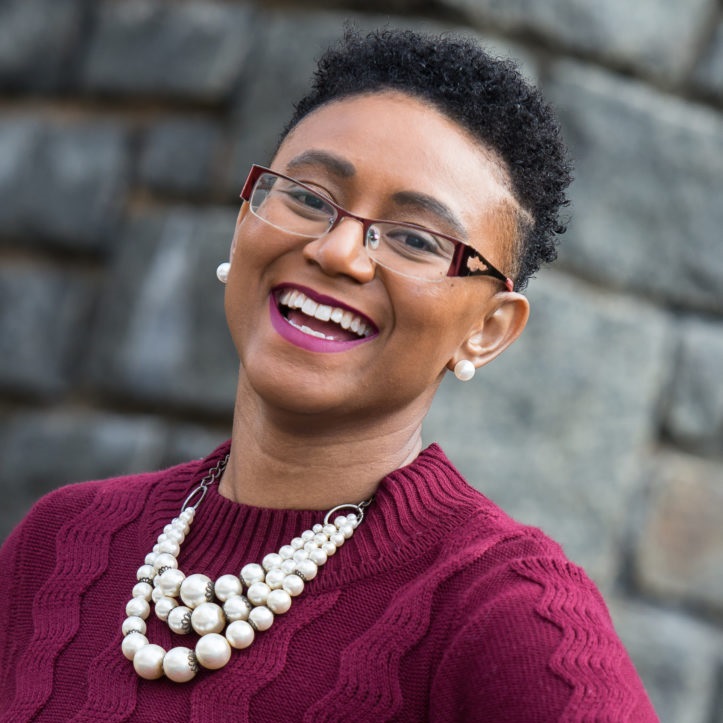 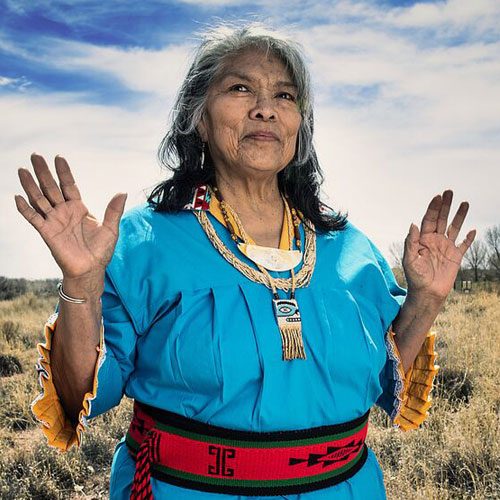 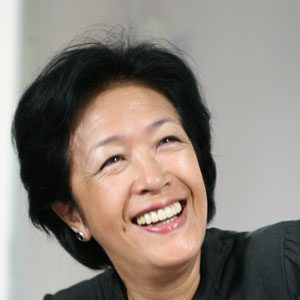 Please enjoy the replay of our 2021 Virtual Gathering where well-known advocates were joined by grassroots organizers who commemoratively read the speech. It was an inspiring program with a moderated panel discussion, offering perspectives about the relevance of Dr. King’s speech to peace and justice work today.

Church of the Fellowship of All Peoples